Kevin Wiebe is the Engineering Manager for GERI that has designed a zero emissions Direct Contact Steam Generator for enhancing heavy oil production. Prior to this he worked professionally as a Production Engineer for CNRL, OMERS Energy and PennWest Exploration, looking for ways to optimize oil and gas profitability. He started his career at Trican Well Services after graduating from University of Alberta.  He also owns and operates a small oilfield rental company in his spare time.

GERI’s (General Energy Recovery Inc.) Direct Contact Steam Generation (DCSG) injects both steam and hot combustion flue gases into the reservoir. This greatly improves the Steam-Oil-Ratio (SOR) for increased oil recovery as well as delivering environmental benefits such as reduced water requirements and a much lower carbon intensity versus typical steaming methods. Based on the results of four DCSG pilots to date, GERI believes that its DCSG technology will be effective across a wide range of oil recovery applications in North America and globally, including oil sands as well as tight or low permeability reservoirs.  GERI’s DCSG can also provide hot water for enhanced waterflood applications.

Stella Zhang joined GERI in 2016 as the Manager, Reservoir Engineering, to lead the reservoir evaluations of field tests and pilots utilizing DCSG as a means of thermal EOR. Prior to that, she was a senior exploitation engineer with Baytex and a reservoir engineer with ConocoPhillips.

Stella will discuss the results from the pilots that GERI has performed so far in the field. She will also discuss the other potential application areas for GERI’s DCSG.

Thomas Hartley is Senior Operations Engineer at GERI. Thomas has over 10 years of experience in the Oil and Gas industry covering the disciplines of production, exploitation, manufacturing and competitions, primarily based in the Western Canadian sedimentary basin.

Thomas’ presentation will focus upon the Improved Carbon Intensity opportunities from using Direct Contact Steam Generation (DCSG) for Enhanced Oil Recovery (EOR).  Thomas will discuss how the industry can quantify the GHG intensity reductions from using GERI’s DCSG and provide comparisons with the most common alternative technology (Once Through Steam Generation). 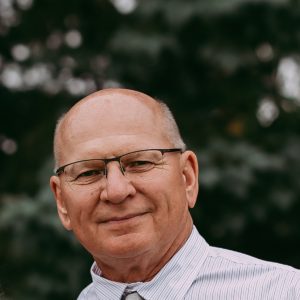 Wes will discuss the physical components and facilities of the GERI service, highlighting its portability and providing a visual tour of the equipment in virtual form.