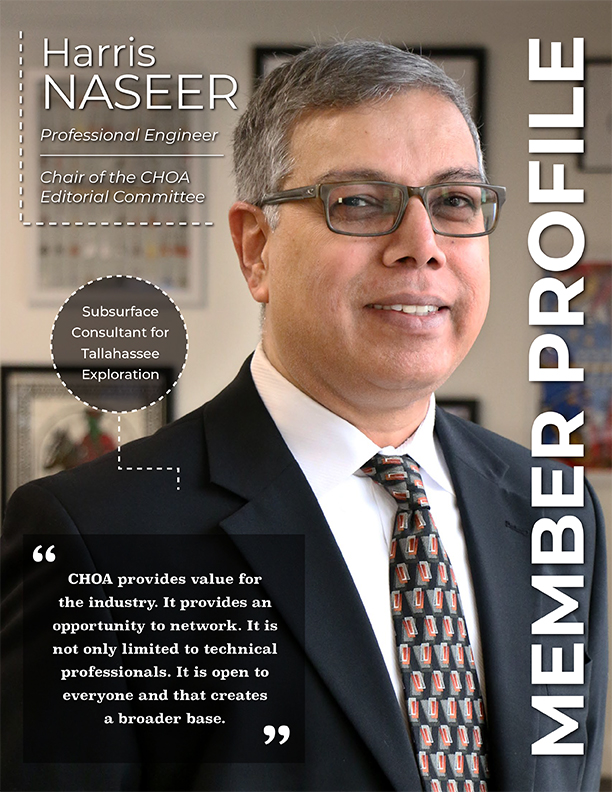 Harris Naseer started his career with Siemens as an electrical engineer after graduating from the University of Engineering and Technology in Lahore, Pakistan. Then he took a role with Schlumberger in 1996 and made the shift into the oil and gas industry.

“I loved it for the adventure, for the opportunities, for the travel,” said Harris. “I’ve been to 18 countries on 5 continents which wouldn’t have happened if I were not in the Oil & Gas industry.”

His work took him into oilfield services working on downhole tools with electronic components. He had a busy career travelling extensively and called Venezuela, Mexico, Egypt and Oman home along the way. After many years on the services side, he then made a successful transition into the E&P side of the business. It was when he was a Senior Reservoir Engineer with Rally Energy that he moved to Canada.

“I took a chance – I am so glad that I made the decision to move here, not only for the economic opportunities but also the freedom and the advancements in lifestyle that a developed country like Canada offers – I wanted those opportunities for myself and for my children.”

At the time, he was going back and forth between Canada and Egypt working on a unique Cyclic Steam Stimulation project with lots of technical challenges. He then transitioned into working more in the Canadian oil sands, on thermal projects with Sunshine Oil Sands, Husky Energy and PTTEP. At Husky, Harris was part of the team that turned the Tucker project around from one of the worst performing SAGD projects into a success story. Later at PTTEP, Harris worked on the company’s first SAGD project in the Athabasca region, the 20,000 bpd Mariana Oil Sands Project in Thornbury.

“I was fortunate to be part of this exciting opportunity where I managed a competent subsurface team to successfully drill 39 wells and put together a comprehensive development plan and a successful regulatory application for SAGD development”.

In addition to his work life, Harris also got involved in volunteer opportunities for SPE, APEGA and CHOA shortly after he moved to Canada, and in 2014 he decided to take a more active role by becoming part of the editorial committee at CHOA.

Harris enjoys the volunteer work with CHOA and believes the open structure of the association really makes a positive difference.

“CHOA provides value for the industry. It provides an opportunity to network. It is not only limited to technical professionals. It is open to everyone and that creates a broader base,” said Harris. “CHOA is playing a role in the energy conversation and is an advocate for the industry. ”

For Harris, this is very important because he sees energy from a much broader perspective.  “I come from a poor background. I was raised in a family with a single mother and five children. So, I understand poverty to an extent,” he said.  “What is happening around the world today troubles me. A lot of privileged people are focused on reducing emissions and on climate change, but nobody is focused on reducing poverty.”

“More than two billion people on this earth are using biomass or are burning firewood for cooking today. That is almost one in three people in the world! That is astounding in the third decade of the 21st century. And I think that needs to change through the use of cheap natural gas and other forms of energy. This can transform billions of lives in a tangible, direct and immediate manner. In my mind energy poverty is financial poverty, and that message is kind of lost in all the hubris about climate change over a 50 to 100 years’ horizon.”  Harris believes that if you lift people out of poverty, then human ingenuity and technical prowess will solve many of the problems that come from fossil fuels’ emissions.

“I just want to do my part to keep the debate civilized, and advocate for the energy industry,” he said. “It is something I am very passionate about.”